They claimed to have franchise or licensing rights to sale.  Ask them for the documents and see if they will produce them.  They are operating the Vietnamese way.  They charge you a fee of $80,000, and you are on your own building the business.

The owners, Hien and Doan, claimed to have lived in France all of their lives.  However, I found the truth after speaking to some of their relatives and friends that they were born and raised in Vietnam and came to the US directly from Vietnam.

They claimed that the items they are selling were invented in France, but the truth is that their former partner (Tony), whom they debased and kicked out, showed them how to purchase all of the items via American vending companies.  Anyone can order the items through the vendors - list: GFI, US Food, Sysco, and Possmei.

Here is their pitch to me, and they will use the same pitch and angles on you... They will invite you to the shop that their former partner built.  They tell you that it "only" costs $80,000 to own a shop like theirs.  This is inordinately misleading because the $80,000 is for them to show you the concept.  They fail to tell you it will cost between $300,000 to $450,000 to build.  They pocket your money and will do nothing for you.

I have lost $80,000 from this deal.  They refused to answer my calls and text message, and I will look to sue them for the heartaches they have put me through. BEWARE of the scam artists.  I will also be filing a complaint with the IRS for asking me to pay in cash so they can avoid paying taxes. 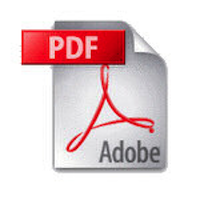